Gurgaon also known as Gurugram. Gurugram is a beautiful and well-developed city of the Haryana State. Gurgaon has become a leading Financial and Industrial hub with the third highest per capital income in India. Gurugram growth story started when the leading Indian Automobile Manufacturer Company ‘Maruti Suzuki India Limited’ established a manufacturing plant in Gurgaon in 1970. Gurgaon Master Plan 2021.

The Gurugram Master Plan 2031 is now out. Some of the SEZ designated zone lands have been converted to 7 new residential/commercial sectors. Some of the mysterious changes in 2031 plan are – increase in the size of sector 37D, allotting the whole land piece in between Gadoli Khurd & old sector 37D to builder Ramprastha. However, the change of land use from SEZ to Residential/Commercial sectors will allow more residential space in the new sectors creating a high-density residential cluster in Gurugram, which will make it the residential core of Gurgaon.

The changes from the Gurgaon Master Plan 2025 as seen on  Gurgaon Master Plan 2031 comprises of land on the northern side of Pataudi Road being converted into residential and commercial zones as well. Gurgaon New sectors like — 95A, 95B, 89A, 89B, 88A, 88B, and 99A — have been proposed in this area covering villages like Wazirpur, Hayatpur, Mohammedpur, Garouli Khurd, Garouli Kalan and Harsaru. Interestingly, villagers from these areas claim that a lot of Real Estate developers have already purchased land from them. Similarly, Master Plan 2025 proposed a Transport Nagar spread across 28 hectares in Sector 33. This was to be developed by HUDA Master Plan. A container depot had also been proposed adjoining Delhi-Rewari railway line.

A Mass Rapid Transit System Corridor (MRTSC) along the NPR ( Northern Peripheral Road) was proposed. Another MRTSC was proposed along Mehrauli road to extending up to the proposed 90-meter link road with Delhi via Gwalpahari. Gurgaon Manesar Masterplan 2031 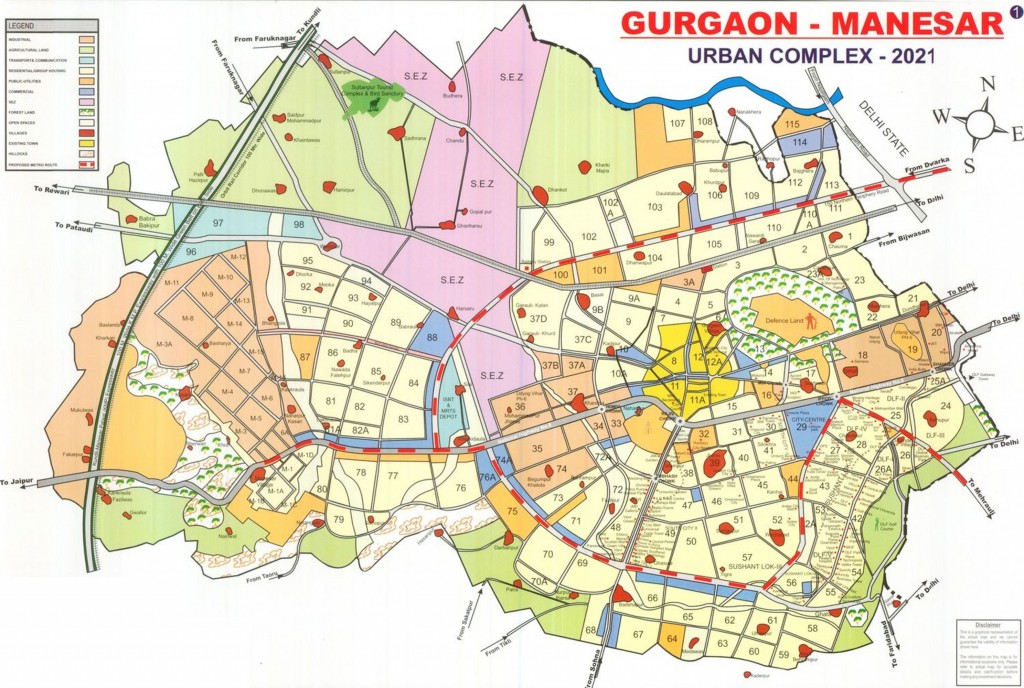 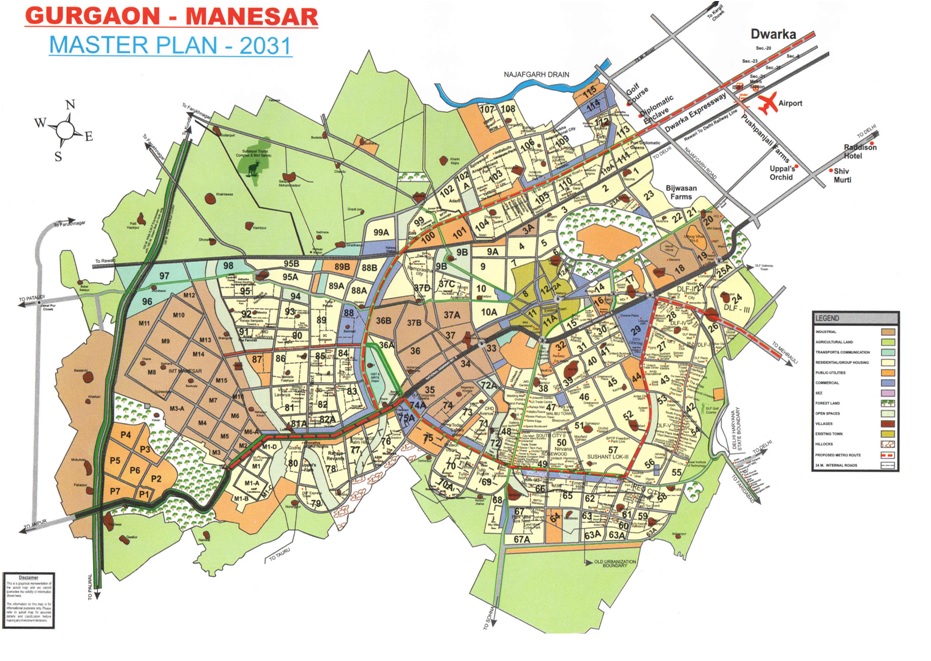